Our range of polarographic or membrane type sensors are designed to offer cost effective and accurate dissolved oxygen measurements in weirs, steams and open vessels with a constant flow.

The development of a robust and accurate sensor is attributed to Professor Leland Clark who in his 1956 paper proposed that the anode and cathode be combined into a cell and isolated electrically from the measured solution by an oxygen permeable membrane. Thanks to Leland Clark an Polarographic Dissolved Oxygen sensor with a membrane is often referred to as a Clark Sensor.

The electrochemical signal from a Polarographic or Clark membrane sensor is amplified by a compatible Dissolved Oxygen controller - which calculates the precise percentage saturation of dissolved oxygen, or the dissolved oxygen concentration in mg/L or ppm.

Considering the operating environments of the dissolved oxygen sensors, we've made chaining the electrolyte and membrane of the sensor as simple as possible.

The DES-1 is a polarographic dissolved oxygen sensor designed for use with the OD7635 or the OD7685 dissovled oxygen controllers.

Supplied complete in a riser tube for dip mounting - the DES-1 provides an electrochemical signal which is amplified in the controller to give a full arrangement of control options and current output.

Designed with environmental monitoring and process control options the DES-1 is available with a number of additional options, including float for use in rivers, steams and lagoons, and auto-clean nozzles to allow for continuous operation.

As polarographic dissolved oxygen sensors require periodic maintenance - we've made changing the PTFE membrane and recharging the electrolyte solution as simple as possible. 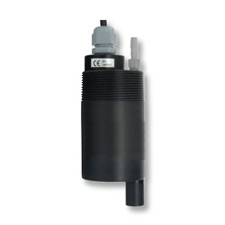 The OD8325 is a submersible dissolved oxygen transmitter designed for use in tanks, streams, pits or weirs. The OD8325 includes an autoclean nozzle for use with a suitable auto-clean system.

The OD8325 uses fluorescent technology to reduce the amount of time spent on maintenance and calibration and offers very accurate dissolved oxygen readings even when low levels of DO2 are present. 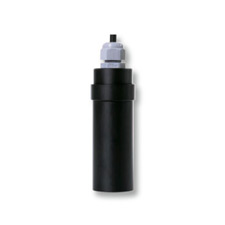 The OD8525 is an inline dissovled oxygen transmitter designed to be mounted in line or in the flow of a process to deliver continuous dissolved oxygen measurements.

The OD8525 uses fluorescent technology to reduce the amount of time spent on maintenance and calibration and offers very accurate dissolved oxygen readings even when low levels of DO2 are present.